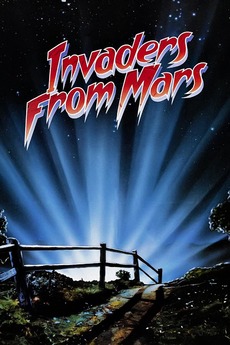 Their conquest has already begun. . . . He knows they’re here.

In this attempted remake of the classic 50s SF tale, a boy tries to stop an invasion of his town by aliens who take over the the minds of his parents, his least-liked schoolteacher and other townspeople. With the aid of the school nurse the boy enlists the aid of the U.S. Marines.

It’s that time again. Time for the vast world of horror to invade my watchlist (as if that wasn’t true…