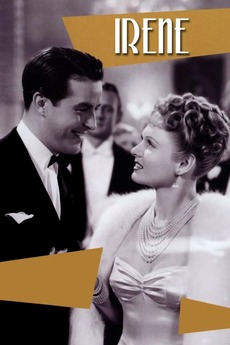 Upholsterer's assistant Irene O'Dare meets wealthy Don Marshall while she is measuring chairs for Mrs. Herman Vincent at her Long Island estate. Charmed by her, Don anonymously purchases Madame Lucy's, an exclusive Manhattan boutique, and instructs newly hired manager Mr. Smith to offer Irene a job as a model. She soon catches the eye of socialite Bob Vincent, whose mother is hosting a ball at the family mansion. To promote Madame Lucy's dress line, Mr. Smith arranges for his models to be invited to the ball.

Just first names. No last names, no subtitles, no modifiers, no initials.

Every Film Nominated for an Oscar

No Shorts and No Original Song

A comprehensive list of every film that has been nominated for an Academy Award since its inception in 1929.