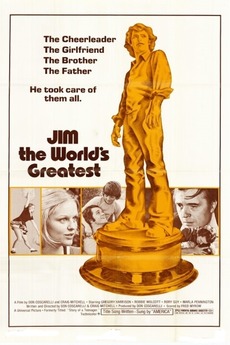 The Cheerleader. The Girlfriend. The Brother. The Father. He took care of them all.

One of his earlier pieces, Don Coscarelli (of Phantasm Phame) has a knack for seeing the world through the eyes and heart of a young boy. He offers a Peter Pan-esque adventure to men from the boomers to present day, with each generation being introduced to a more innocent time.

Story of a Teenager

Movies I WATCHED purely based on the poster

Films picked by followers, me, people I know outside Letterboxd, and everything in between. Companion list to "movies I added…