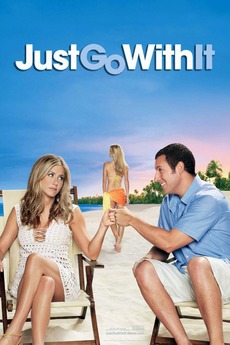 Just Go with It
JustWatch

Just Go with It

Sometimes a guy's best wingman... is a wingwoman

A plastic surgeon, romancing a much younger schoolteacher, enlists his loyal assistant to pretend to be his soon to be ex-wife, in order to cover up a careless lie. When more lies backfire, the assistant's kids become involved, and everyone heads off for a weekend in Hawaii that will change all their lives.

The Definitive Rom-Com Ranking by the queen of romance and comedy herself, me myself & I...

Every poster that has the logo exactly in the middle top, middle, or middle bottom of the poster