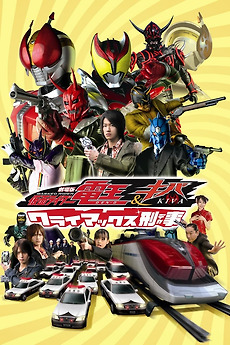 With Kai’s defeat, Ryotaro and the rest of the DenLiner crew resume their time-traveling adventures by founding a detective agency to keep any other surviving Imagin in check. But when a rogue Imagin swipes Owner’s spare Den-O Pass, it’s up to the DenLiner Police and rookie detective Kazuya, along with a little help from another Rider, to stop the evil Imagin and save the past, present, and future!

List of all the Japanese films I have watched so far

Everything I can find on Letterboxd that falls under "Toku". If I missed anything, let me know.