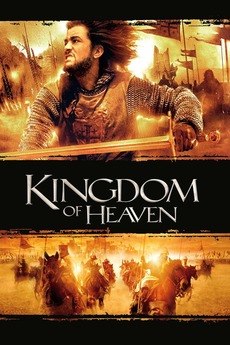 Be without fear in the face of your enemies. Safeguard the helpless, and do no wrong

After his wife dies, a blacksmith named Balian is thrust into royalty, political intrigue and bloody holy wars during the Crusades.