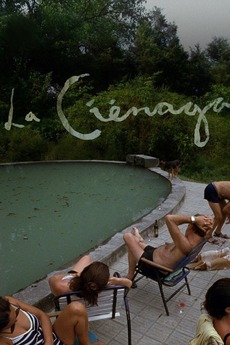 Chekhov in contemporary Argentina. Mecha and Gregorio are at their rundown country place near La Ciénaga with their teen children. It's hot. The adults drink constantly; Mecha cuts herself, engendering a trip to the hospital and a visit from her son José. A cousin, Tali, brings her children. The kids are on their own, sunbathing by the filthy pool, dancing in town, running in the hills with shotguns, driving cars without licenses. One of the teen girls loves Isabel, a family servant constantly accused of stealing. Mother and son, son and sisters, teen and Isabel are in each other's beds and bathrooms with a creepy intimacy. With no adults paying attention, who's at risk?