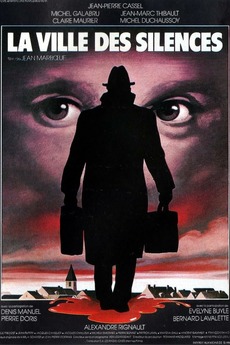 Creuzeville, a small provincial town with its woods, its countryside, its ramparts, its mass and its little Sunday cakes. A stranger arrives. He's a private investigator in Creuzeville, over which an old family of industrialists reigns, a murder has just been committed. The victim is the founding ancestor of this small empire that has outgrown one man. In Creuzeville, we hardly like foreigners, especially if they are vegetarians, perhaps homosexuals, undoubtedly anarchists like, precisely, this detective. However the detective by whom the scandal broke broke the silence of the city by going to the heart of family secrets hitherto well hidden behind purple shutters. The murders follow one another. We strike on the left - a young ecologist - as on the right - a cynical playboy. Continuing to dissect the mobiles and the characters, the detective dropped the masks one by one. And, little by little, fear and violence are settling in the small town.