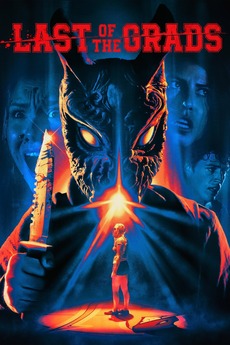 Last of the Grads
JustWatch

Last of the Grads

WELCOME TO YOUR LAST DAY.

A class of graduating high school seniors, nearing the crossroads of their lives, celebrate their last night together at the annual school lock-in. They never could have guessed that they’re about to encounter the harbinger of death, the legendary “Coast to Coast Killer”.

This man will save cinema

My most anticipated movies ever!

That's the only one

The only movie coming out that matters

Are We Nearly There Yet? - Highly Anticipated Titles Without A Release Date

WHAT I’VE BEEN WAITING FOR, WHAT IT’S ALL ABOUT

This is the greatest actor of All Time