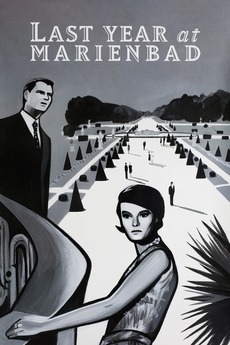 In a huge, old-fashioned luxury hotel a stranger tries to persuade a married woman to run away with him, but it seems she hardly remembers the affair they may have had (or not?) last year at Marienbad.