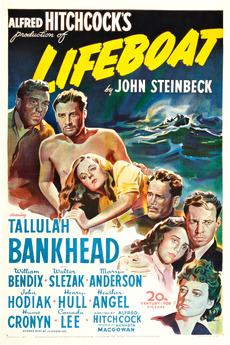 Six men and three women - against the sea, and each other!

During World War II, a small group of survivors is stranded in a lifeboat together after the ship they were traveling on is destroyed by a German U-boat.

movies truffaut mentioned in his correspondence

in progress while i’m reading the book of his letters

(i’m currently somewhere in the middle of 1960)