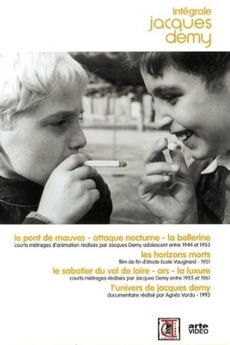 Paul and Bernard seek in the reproductions of Jerome Bosch's "Jardin des délices" a definition of lust. Bernard remembers his childhood, where he confused lust with luxury. Jacques Demy based this 1962 short, made for the omnibus feature "The Seven Deadly Sins",on his memories of growing up in Nantes.

All films on the Criterion Channel streaming service (Feb. 2020)

These are films with a running time of 40 minutes or less currently streaming on the Criterion Channel. This list…

The Criterion Chronology - On Disc Edition

(Updated 4/15/2021) This is an adapted version of my list called The Complete Criterion Chronology. This list only includes physical…

Short films, feature films, and documentaries that are included as supplements on various Criterion Collection releases. See notes for which…

These are all of the bonus features on Letterboxd included in Criterion Collection releases. Organized by spine number. Multiple films/shorts/docs…