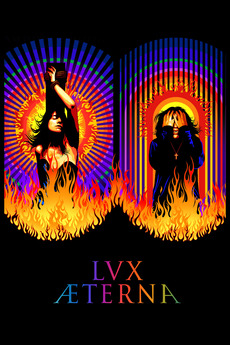 Two actresses, Béatrice Dalle and Charlotte Gainsbourg, are on a film set telling stories about witches.