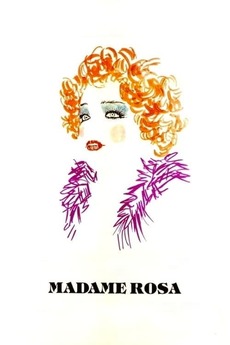 Madame Rosa lives in a sixth-floor walkup in the Pigalle; she's a retired prostitute, Jewish and an Auschwitz survivor, a foster mom to children of other prostitutes. Momo is the oldest and her favorite, an Algerian lad whom she raises as a Muslim. He asks about his parents; she answers evasively. As she ages and takes fewer children, Momo must do more for her; as money is tight, he tries to earn pennies on the street with a puppet. He's a beautiful man-child, and Madame Rosa makes him promise never to sell himself or become a pimp. A film editor, Nadine, befriends him, and his father appears as well. Madame Rosa reaches her last days in fear of hospitals, and Momo must act.