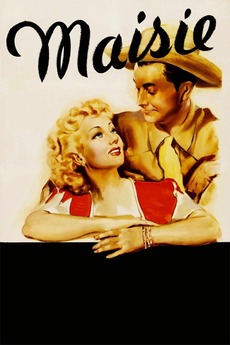 Maisie is the surprise picture of the season!

Wisecracking showgirl Maisie Ravier finds herself trapped in a Wyoming town when her new employer closes the show prematurely. She meets ranch foreman Charles "Slim" Martin when he accuses her of lifting his wallet and ends up being hired as a maid for ranch owners Cliff and Sybil, who are attempting to mend their rocky marriage after Sybil's infidelity with a cowboy.

Just first names. No last names, no subtitles, no modifiers, no initials.