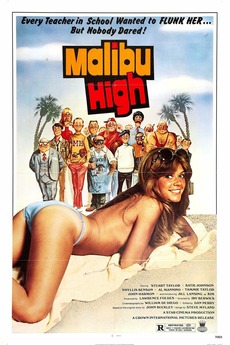 Every teacher in school wanted to flunk her . . . but nobody dared!

When a high school senior is dumped by her boyfriend, her grades fall drastically...to avoid failing, she begins seducing her male teachers. Thus begins her downward spiral into drug addiction and prostitution, and ultimately assassinations for a kingpin mob boss.