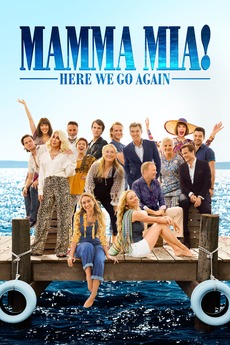 Five years after meeting her three fathers, Sophie Sheridan prepares to open her mother’s hotel. In 1979, young Donna Sheridan meets the men who each could be Sophie’s biological father.

films bursting at the seams with more creative energy than they can handle. some are bad, some are great, but…

*UPDATED FOR AUGUST, AND WITH PEACOCK (FREE)*

hello lboxd community! my friend demi has been recommending movies currently available to…