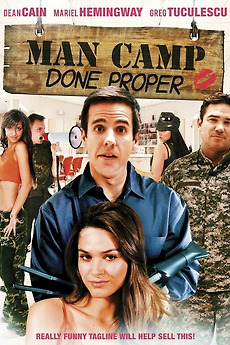 Attempting to compete for the love of a beautiful woman, a self-declared sissy joins a man camp that "transforms boys into men," only to discover it's run by his dream girl's macho boyfriend.

By year: Feature films produced in 2013