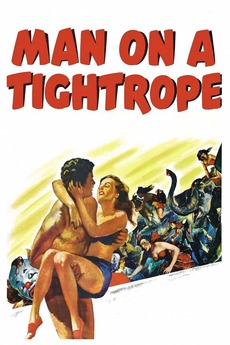 Man on a Tightrope

It's true! The stranger-than-fiction story that screams with SUSPENSE!

Elia Kazan's 1953 film stars Fredric March as the owner of an impoverished circus in Communist-ruled Czechoslovokia who plots to flee across the border to freedom, taking his entire troupe of performers and wild animals with him. The cast also includes Gloria Grahame, Terry Moore, Cameron Mitchell, Richard Boone and Adolphe Menjou.