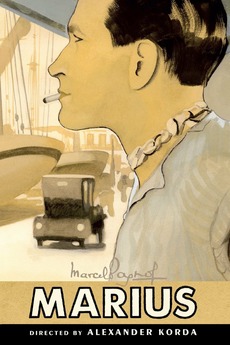 César runs a bar along Marseilles' port, assisted by his 23 year old son, Marius. Colorful characters abound: M. Panisse, an aging widower and prosperous sail maker; Honorine, a fishmonger with a sidewalk stall near the bar; her daughter, Fanny, who helps her sell cockles; and, various old salts. Friends since childhood, Fanny and Marius love each other, but Marius has a secret wanderlust: every ship's whistle stirs a longing for foreign lands. When M. Panisse seeks Fanny's hand in marriage and when a departing clipper needs a deckhand, Marius and Fanny must decide who and what they love most. César, with his generous, comic spirit, tries to guide his son.