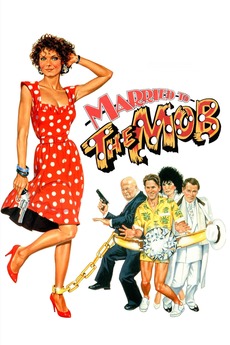 Married to the Mob
JustWatch

Married to the Mob

They're her family... Whether she likes it or not.

Angela de Marco is fed up with her gangster husband's line of work and wants no part of the crime world. When her husband is killed for having an affair with the mistress of mob boss Tony "The Tiger" Russo, Angela and her son depart for New York City to make a fresh start. Unfortunately, Tony has set his sights upon Angela -- and so has an undercover FBI agent looking to use her to bust Tony.

male directed films about women that get it right

film directed by men that are truthful and insightful to the female experience, comment suggestions!

to quote Daria "The number…

For five years, film critic Scott Tobias compiled "The New Cult Canon" in a regular column for The A.V. Club…