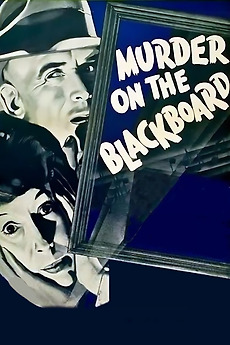 Murder on the Blackboard
JustWatch

Murder on the Blackboard

They Laughed When Miss Withers Sniffed a Clue; But Kicked Themselves Ever After for Laughing

There are plenty of guilty secrets at the school where Hildegarde Withers teaches. When she finds the body of the pretty music teacher, she calls in her old friend Inspector Piper, who promptly arrests the obvious suspect. Clues multiply and everyone looks suspicious as Piper and Miss Withers continue their battle of the sexes.

A list of American Pre-Code films. Additional suggestions welcomed, as the list is by no means complete. The top 60…

Movies I meant to watch on TCM and need to remember for when they reappear...

All films, feature-length (as I see it), of all kinds, that I own on DVD or blu-ray (granted, including ones…

You love The Thin Man but you’ve seen it too many times. Try these next!