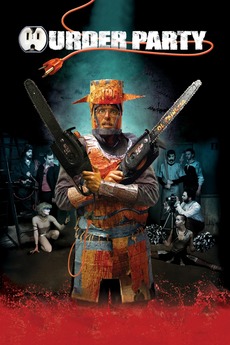 A random invitation to a Halloween party leads a man into the hands of a rogue collective intent on murdering him for the sake of their art, sparking a bloodbath of mishap, mayhem and hilarity.

The Lab Of Madness