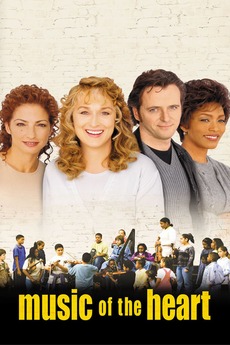 Music of the Heart

She gave them a gift they could never imagine. They gave the system a fight it would never forget.

Story of a schoolteacher's struggle to teach violin to inner-city Harlem kids.