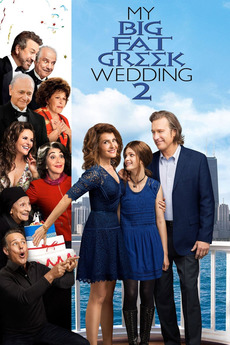 The continuing adventures of the Portokalos family. A follow-up to the 2002 comedy, "My Big Fat Greek Wedding."

I didn’t include all comedies obv, but jst the ones that are actually really plane, can clean your mind, make…