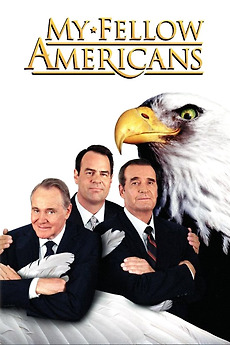 A comedy about life, liberty and the pursuit of two ex-presidents.

They used to run the country. Now they're running for their lives! Two on-the-lam former Presidents of the United States. Framed in a scandal by the current President and pursued by armed agents, the two squabbling political foes plunge into a desperately frantic search for the evidence that will establish their innocence.

The Clock uses excerpts from throughout film and television…

All the comedy films I like. Romantic or not.