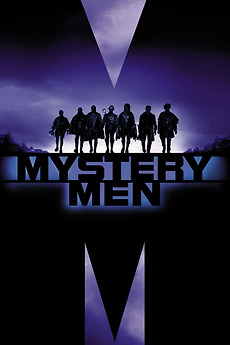 We're not your classic heroes, we're the other guys.

When Champion City's hero Captain Amazing is kidnapped by the recently paroled supervillain Casanova Frankenstein, a trio of average, everyday superheroes -- Mr. Furious, the Shoveler and the Blue Raja -- assemble a new super team to save him.