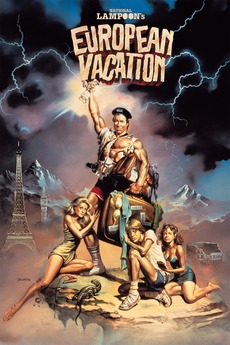 For over two thousand years, Europe has survived many great disasters. Now for the real test. Chevy Chase & his family are coming from America!

The Griswalds win a vacation to Europe on a game show, and so pack their bags for the continent. They do their best to catch the flavor of Europe, but they just don't know how to be be good tourists. Besides, they have trouble taking holidays in countries where they CAN speak the language.