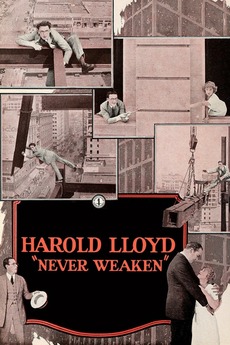 Our hero (Lloyd) is infatuated with a girl in the next office. In order to drum up business for her boss, an osteopath, he gets an actor friend to pretend injuries that the doctor "cures", thereby building a reputation. When he hears that his girl is marrying another, he decides to commit suicide and spends the bulk of the film in thrilling, failed attempts.