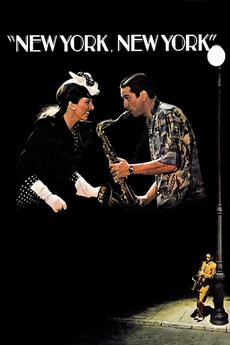 The war was over and the world was falling in love again.

An egotistical saxophone player and a young singer meet on V-J Day and embark upon a strained and rocky romance, even as their careers begin a long uphill climb.

This is the January 2020 edition of the They Shoot Pictures, Don't They? list of the 1,000 greatest films.