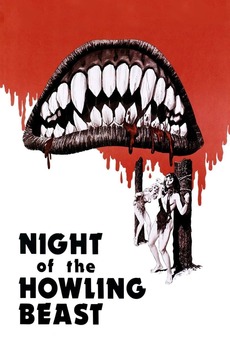 Night of the Howling Beast
JustWatch

Night of the Howling Beast

Waldemar, the renowned adventurer, joins an expedition to find the Yeti in the Himalayas. While hiking the mountains, he's captured by two cannibalistic demon nymphets guarding a remote Buddhist temple and becomes their sex-slave. They transform him into a werewolf setting him loose to roam the mountain where he encounters a sadistic bandit.

Dans les griffes du loup-garou, Il licantropo e lo yeti, The Werewolf and the Yeti, Varulven, Hall of the Mountain King, Horror of the Werewolf, The Curse of the Beast

The Exploitation List - or how I learned to stop worrying and love the sleaze.

The official Director of Public Prosecutions list of films that potentially violated the Video Recordings Act of 1984. A guide…