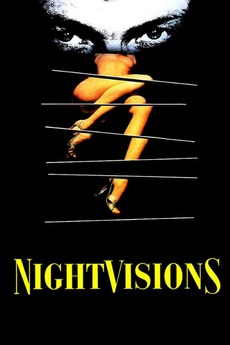 Stubborn detective Tom Mackey, assigned to a Los Angeles murder case involving a couple of serial killings, gets increasingly frustrated with the dead end leads he's following and the lack of appreciation he gets from his chief, police captain Keller. Enter Dr. Sally Powers, a fresh, clean cut psychology graduate who possesses supernatural powers. In a loose partnership the twosome gradually succeed in unraveling the killer's motive and working-pattern. This leaves only one person that would fit the profile...

Automatically generated using data from OFDB. Over 400 films are still missing from letterboxd. Here is the complete list, here…

Whether they aired as a Movie-of-the-Week, popped up on bootleg DVDs or on YouTube, or simply vanished into the abyss…

I discussed Craven's work with the hosts of Film Formally. Check it out.

His features, ranked in order by…

I'm a big fan of the original slasher movies, although I haven't seen as many as I'd like.

Horror to watch on Tubi