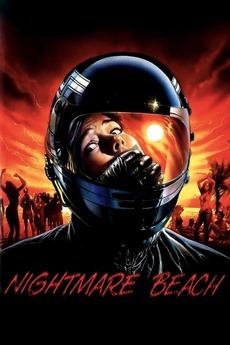 Florida: Biker Edward Santer, known as "Diablo", is electrocuted for murder. He goes to the chair protesting his innocence, claiming he was set up by the local police chief and vowing vengeance from beyond the grave. Several teenagers are soon discovered dead, having been electrocuted. It seems Diablo's curse has come true. The mayor keeps the murders quiet because the town is celebrating "Spring Break", an annual festival in which thousands of students spend all their dollars having a good time. Suspects include the town's alcoholic doctor, the fascist police chief and Reverend Bates, whose wayward daughter is having sex with every young man in sight.

I have made a new list containing all the gialli I have seen. The previous one was outdated and contained…