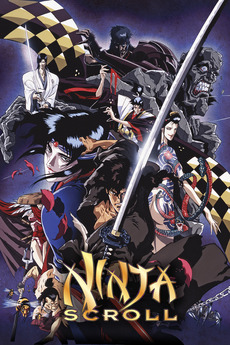 Jubei is a masterless ninja who travels the land alone, lending his services to those with gold—or a worthy cause. His fearsome abilities have served him well, but a plot to overthrow the government threatens to end his wandering ways—and possibly his life.