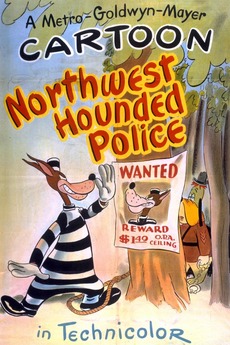 The wolf escapes from Alka-Fizz prison, but the persistent Sergeant McPoodle (Droopy) of the Canadian Mounties follows his trail wherever he goes.

A selection, in reverse chronological order. Please make a suggestion if you think some important animated short is missing from…

The Super-Duper Cinematic Canon: An Attempt At Creating The Definitive Essential Viewing List

"What do you need to see?" Ask any cinema-lover that question and you'll get a million different answers. Perhaps that's…

The Definitive List of the Most Important Animated Shorts

This list contains the most influential animated shorts from 1892-2020. These are influential from either a technical standard, story, or…

Ever wished you could be Eddie Valiant driving into Toontown? Now you can be!