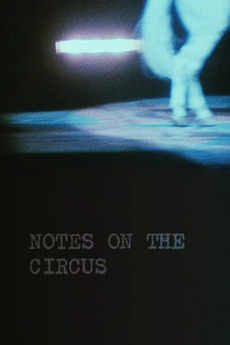 Notes on the Circus
JustWatch

Notes on the Circus

The short film is a montage of sped up clips of The Ringling Brothers Circus in action set to a musical track. The film is separated into four segments, each segment which focuses on different acts within the circus. The later segments often incorporate clips from earlier segments, mostly as background to the featured acts. The speed of the clips match the tempo of the soundtrack music.

Imagine an eye unruled by man-made laws of perspective, an eye un- prejudiced by compositional logic, an eye which does…

A complete list of movies that have aired as part of TCM Underground since 2006 (updated 4/7/21).

450+ Of My Favorite Short Films

Only includes films with runtimes of less than 60 min. Only the first hundred and fifty or so are in…