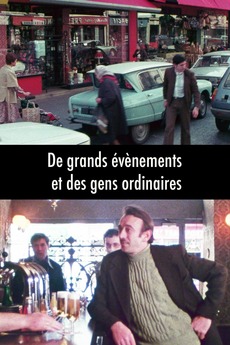 Of Great Events and Ordinary People

In 1978, Ruiz was commissioned to make a television documentary about the French elections from the viewpoint of a Chilean exile in Paris’ eleventh arrondissement. But, contrary to the producers’ expectation, the Left lost. Ruiz seized on this anti-climax to make a documentary about nothing except itself – a film whose central subject is forever lost in digression and ‘dispersal’, harking back to his Chilean experiments of the ‘60s. Its political content is deliberately left negligible: it’s hard to tell at the end who did actually win the election, let alone why.