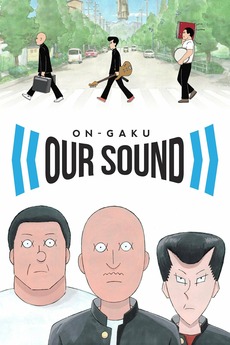 And our 'Our Sound' begins

When you're a bored teenager looking for thrills, sometimes the only thing you can turn to is rock 'n roll. Having no skill, money, or even a full set of drums, a feared trio of high school delinquents nevertheless decide they are destined for musical glory in a quest to impress their only friend Aya, avoid a rival gang, and – most importantly – jam out.