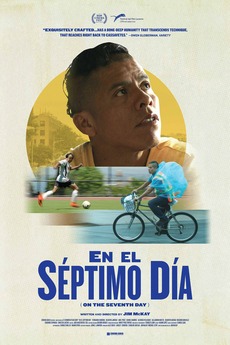 On the Seventh Day
JustWatch

On the Seventh Day

A group of undocumented Mexican immigrants work long hours six days a week, and then savor their day of rest on Sundays on the soccer fields of Brooklyn.

Depictions of NYC from various eras and neighborhoods. Films are organized chronologically by when they take place. (not by release…

Thanks, Steve G! The Complete And Definitive Letterboxd Football (Soccer) Movie List and then some

Missing from Letterboxd: I Speak Soccer: A Documentary About the International Language of Pickup…

the latin left: an education

documentaries abt latin america (diaspora)‘s left-wing revolutionaries/communities, because i would like to learn more & presumably other people would too! *this…

Extracted from here. Documentaries included only in their own top 100 here. Films ranked are rated between 100 and 82.…

For the first time in a motion picture awards season, we are keeping track of the major award ceremony feature…

The Christ-like Gaze in Film

In concert with Brett McCracken's essay The Christ-like Gaze in Film, here are films and short films that I think…