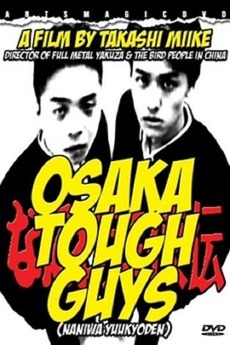 Osaka Tough Guys stars Kentaro Nakakura and Yoshiyuki Ohmori. It tells the story of two hoods forced to take on paid work when they run out of money for booze, who end up being drawn into the spiderweb of the yakuza. Gaijiro Saito and Sei Hiraizumi co-star. ~ Nathan Southern, Rovi

An ongoing attempt to make a comprehensive list of Japanese "V-cinema" (straight-to-video/DVD) features on Letterboxd. Will never be truly complete,…

"An encyclopedia and film diary of extreme, surreal, and bizarre movies"

What to dip your toes into the world of Japanese crime but don't know where to start? This is a…

Great Movies that have less than 1000 views

List of all the Japanese films I have watched so far