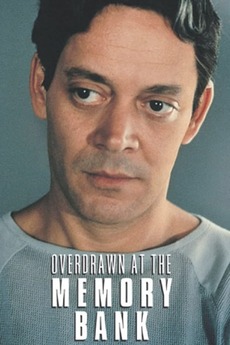 Overdrawn at the Memory Bank
JustWatch

Overdrawn at the Memory Bank

Caught in a future world, his only escape is back in time

Raul Julia plays Aram Fingal, a very intelligent computer programmer and a very bored man in the employ of Novicorp, a mega-corporation that exists somewhere in the future. When caught watching "Casablanca" at his desk, Fingal is required to undergo rehabilitation therapy called "doppling." However, Fingal's body is misplaced and he is transferred into a computer while the body is located

UPDATE. Over the next month, resources for finding these films will be added in the notes. As we approach 2021,…

I put this together mostly for my benefit. I'm a big fan…

Every movie ever riffed by Mystery Science Theater 3000 including the KTMA season and the movie. I had to add…