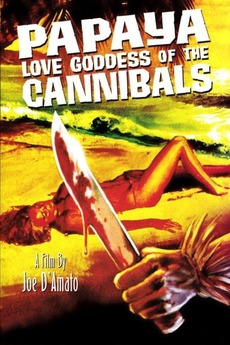 Papaya: Love Goddess of the Cannibals

A team of geologists attempt to remove a native population from an island to perform atomic research. But their female Cannibal leader disposes of them one by one.

All Films of the "Hofbauer-Kongress" Film Festival in Nuremberg, including all Short Films.