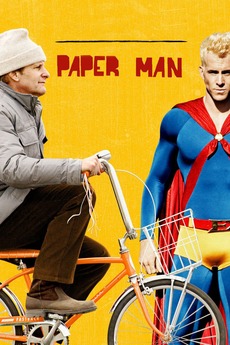 A coming-of-middle-age comedy that chronicles the unlikely friendship between failed author Richard Dunne and a Long Island teen who teaches him a thing or two about growing up, all under the disapproving eye of his long-suffering wife and his imaginary Superhero friend.

These films all fall under the complex and controversial subject of age gap relationships, whether it's the main focus of…