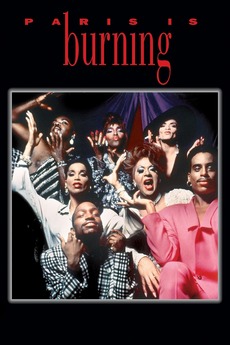 Having a ball… Wish you were here

Where does voguing come from, and what, exactly, is throwing shade? This landmark documentary provides a vibrant snapshot of the 1980s through the eyes of New York City's African American and Latinx Harlem drag-ball scene. Made over seven years, PARIS IS BURNING offers an intimate portrait of rival fashion "houses," from fierce contests for trophies to house mothers offering sustenance in a world rampant with homophobia, transphobia, racism, AIDS, and poverty. Featuring legendary voguers, drag queens, and trans women — including Willi Ninja, Pepper LaBeija, Dorian Corey, and Venus Xtravaganza — PARIS IS BURNING brings it, celebrating the joy of movement, the force of eloquence, and the draw of community.