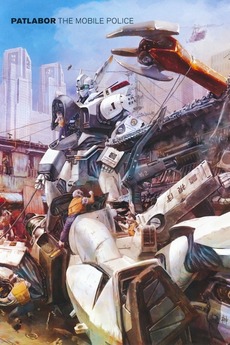 Patlabor: The TV Series is an anime television series, created by Headgear, animated by Sunrise, and based on the Patlabor anime franchise.

The Demon Slayer With A Dragonslayer 286 films 51 6 Edit

A few things to consider...

1) I take the original meaning of the word dystópos (δυστόπος) as basis, which is…

I’ve been meaning to make a list like this for quite some time. I buy so much, so quickly, I…

Anime Reccs for 17 and older

For mature content reasons, or because a younger teen would likely find it boring/not get it lol.