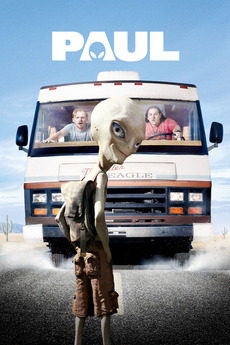 Who's up for a close encounter?

For the past 60 years, a space-traveling smart-ass named Paul has been locked up in a top-secret military base, advising world leaders about his kind. But when he worries he’s outlived his usefulness and the dissection table is drawing uncomfortably close, Paul escapes on the first RV that passes by his compound in Area 51. Fortunately, it contains the two earthlings who are most likely to rescue and harbor an alien on the run.