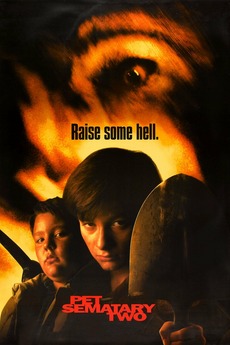 The "sematary" is up to its old zombie-raising tricks again. This time, the protagonists are Jeff Matthews, whose mother died in a Hollywood stage accident, and Drew Gilbert, a boy coping with an abusive stepfather.