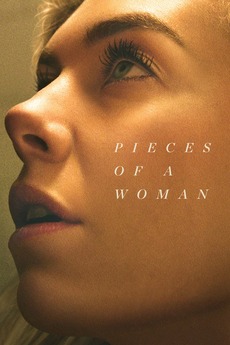 Pieces of a Woman
JustWatch

Pieces of a Woman

A heartbreaking home birth leaves a woman grappling with the profound emotional fallout, isolated from her partner and family by a chasm of grief.

Films that are quietly crushing, ones that leave the viewer with a deeply effective and silently somber feeling in their…

Starting a list of potential nominees for those doing the groundwork for Oscars 2021. If you've got any suggestions for…

The Letterboxd team watched as many films as possible from the 2020 Toronto International Film Festival, New York Film Festival…

*UPDATE: this year's slate has become completely fucked so might as well mix-in 2021 titles

not on LB database: Untitled…