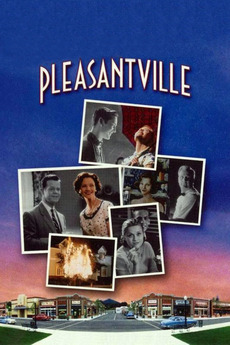 Nothing is as simple as black and white.

Geeky teenager David and his popular twin sister, Jennifer, get sucked into the black-and-white world of a 1950s TV sitcom called "Pleasantville," and find a world where everything is peachy keen all the time. But when Jennifer's modern attitude disrupts Pleasantville's peaceful but boring routine, she literally brings color into its life.

“we live inside a dream”

films that are surreal, dreamy, and just a little bit weird suggestions welcome! please note: this list used to be…