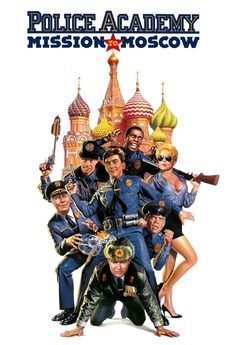 Just when we thought the Cold War was over, leave it to these guys to heat it up again.

The Russians seek help in dealing with the Mafia from the veterans of the Police Academy. They head off to Moscow, in order to find evidence against Konstantin Konali, who marketed a computer game that everyone in the world is playing.

After the failure of my original list, I feel redemption is in order.

The films recommended or mentioned (sometimes really just mentioned in passing..but in a positive light...ish) by Sam Ashurst and Dan…